Battle of the Bugles 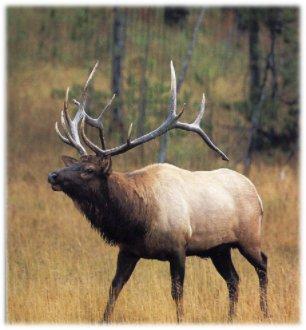 Every year at this time, eerie echoes fill the nights at Rocky Mountain National Park in Colorado. No . . . ghosts and goblins aren’t getting a jump on Halloween. It’s the hauntingly beautiful sounds of bull elk bugling to attract cows (female elk) and frighten away rivals. Listen here.

Hundreds of people gather at dusk to catch a glimpse of the elk in action, as they round up their harems and do whatever it takes to protect their female herds. Sometimes a warning bugle or two is enough to intimidate bold bulls aiming to steal away cows. Other times, the animals have to battle it out – antler to antler. Watch here.

The Wildlife Detectives follows the story of Charger the bull elk, a popular, 800-pound bull who was killed at Yellowstone National Park for his magnificent antlers. While killing animals in National Parks is illegal and has been likened to murdering “an animal in a zoo,” it still happens all too frequently, despite stiff penalties.

Earlier this month, for example, the media reported that Colorado Parks and Wildlife officers were investigating two cases involving bull elk that were shot as “trophies” for their head and antlers. To learn more about the story, watch this newscast.

To learn more about Rocky Mountain National Park’s bugling elk, read this. Better yet, if you’re in the area, head for the Park and listen for yourself!

Photo of Charger the bull elk from The Wildlife Detectives 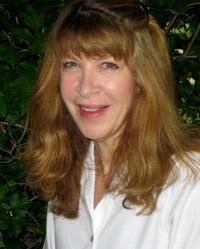 Donna M. Jackson is an award-winning author of nonfiction books for children and holds a master’s degree in journalism from the University of Colorado at Boulder. When she’s not writing about pachyderms and the scientists who study them, Donna enjoys reading, skiing, gardening, hiking in the mountains, and spending time with her family. She lives in Colorado. Learn more about Donna at her website: www.donnamjackson.net.