Save the Date for Pluto 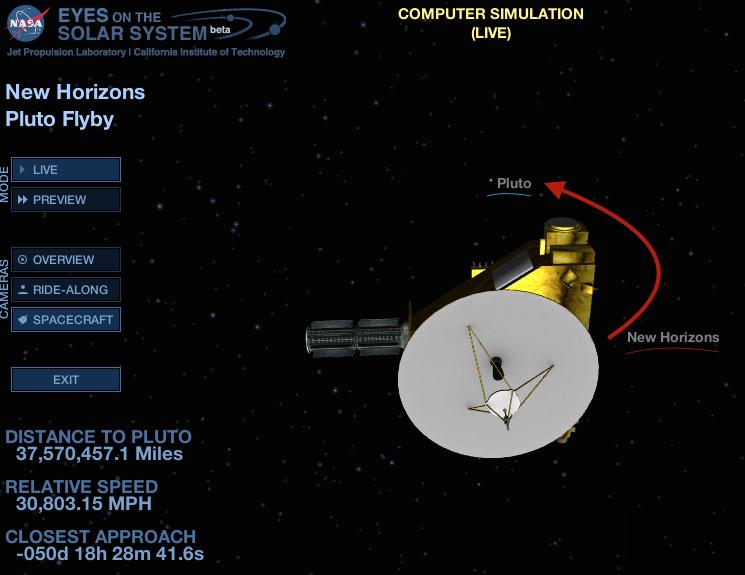 The first ever spacecraft to visit the Pluto system, New Horizons, is less than two months out! After hurtling across the solar system at 30,000 miles per hour for more than nine years, the piano-sized robotic probe is finally nearing its destination. Closest encounter will be July 14, 2015–so save the date!

Space scientists are prepped and ready to find out all kinds of new stuff about Pluto, its big moon Charon, and its four little moons Nix, Styx, Kerberos, and Hydra. You can learn more about the mission at NASA’s New Horizon’s webpage and more about the Pluto system at the mission’s student webpage.

A fun way to track the spacecraft’s progress is NASA’s Eyes on Pluto. You can watch a computer image of New Horizons as it gets closer to Pluto in real time. There’s also a preview of the flyby that shows how the instruments and cameras will scan and study Pluto at closest encounter. See you at Pluto! And watch for our Scientists in the Field book, Mission to Pluto. It’ll be out next year.